Ready for blast off 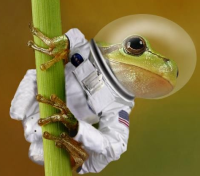 ExcelCalcs Welcomes Aeronautical Engineer Richard Abbott  - Richard Abbott boldly goes where no other ExcelCalcs User has gone before by uploading some Aerospace calculations. It's a small world because as it turns out I used to work with Richard's eminent engineering father, Barrie Abbott. Richard used to own and run his own commercial recording studio but his engineering genes got the better of him and he now runs Abbott Aerospace an independent consultancy company offering structural engineering services the aerospace industry. He is based in London, Ontario, Canada.

I was delighted to receive his lug analysis spreadsheet because I'll use it frequently to analyse pinned joints. Thanks to Richard's spreadsheet the whole process is automated and made easy for me.

How to Go XLC Pro? - All the following calculations featured below earned a free XLC Pro subscription for their authors. Why not earn one for yourself or if you have not got time you can support the site by paying $90USD for an XLC Pro subscription.

Download double counting with Internet Explorer - Some research has also shown that users navigating with IE (Microsoft's Internet Explorer) may double count the download a file from if the site not in the users's trusted zone. Here is some further information on this here. Unfortunately it does not offer a solution. My only suggestion is for IE users to place www.ExcelCalcs.com in their trusted zone to avoid the problem altogether.